Dr. Andrew Rudin is a Board Certified Cardiologist and one of the leading Interventional Electrophysiologists in the United States. Dr. Rudin earned his undergraduate degree in psychology from the University of Illinois, Urbana-Champaign, and spent an extra year learning the ins and out of big data analysis. Andrew Rudin MD subsequently studied cardiology at Mount Sinai School of Medicine in New York city, where he earned the Harold Elster Memorial Award for ranking first in his graduating class. Dr. Rudin spent his residency as the Chief Resident at Yale New Haven Hospital.

Dr. Rudin is certified to practice cardiology in three states and presently works in Illinois. Dr. Rudin consults with patients daily on issues surrounding the cardiovascular system and cardiac troubles in particular. In addition, Dr. Rudin is an active advocate for preventative care and a healthy lifestyle to avoid heart problems later in life, which he writes about on his main blog, AndrewRudinMD.net.

His primary focus is on the treatment of cardaic arrhythmias, particularly, atrial fibrillation. Atrial fibrillation is a life-threatening arrhythmia which affects approximately 3 million Americans. The heart’s upper chambers “fibrillate” and beat at rates up to 400-600 times per minute resulting in up to a 50% decrease in cardiac output or the amount of blood the heart can pump. This causes symptoms such as chest pain, fatigue, shortness of breath and dizziness. In addition, blood within the heart tends to pool in these upper chambers placing patients at risk for clot formation, stroke and limb loss. Treatments include medications or a catheter-based procedure called cardiac ablation which can be performed as an outpatient and can limit or eliminate the frequency of this rhythm. Dr. Rudin is known for developing a novel approach to the treatment of atrial fibrillation in conjunction with a cardiovascular surgeon called “Cooperative Atrial fibrillation Ablation” with great success rates. 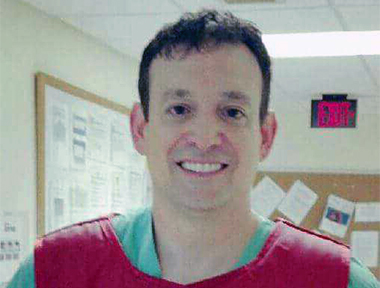